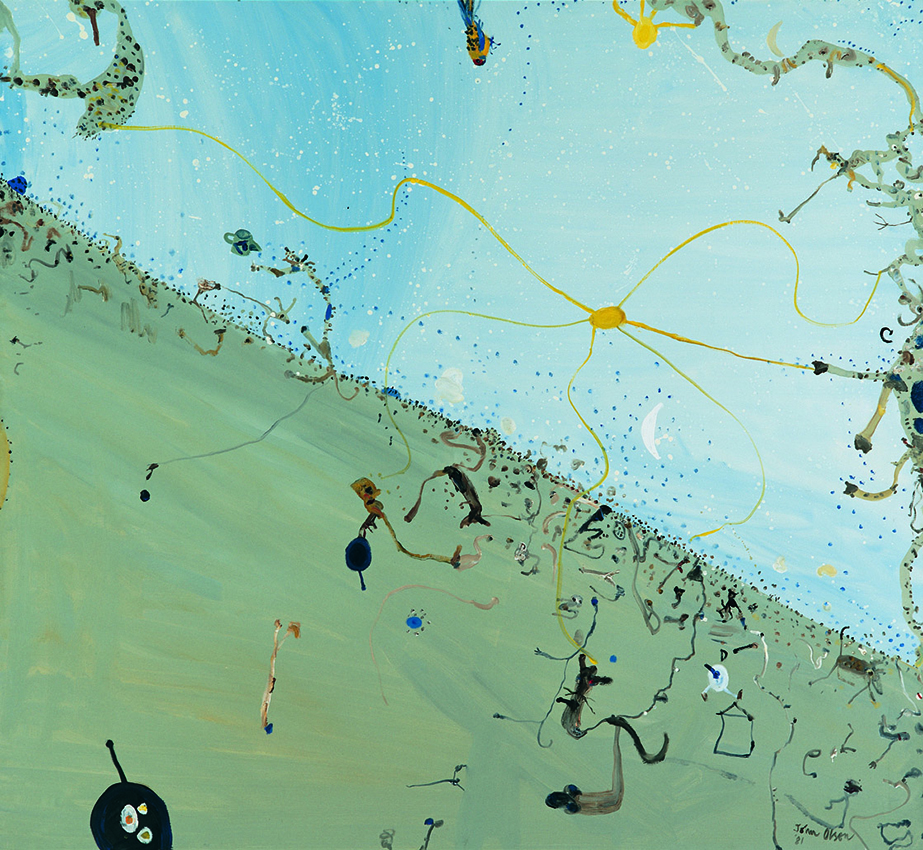 Panorama: Selected works from the Eva and Marc Besen Gift to TarraWarra Museum of Art

A panorama is a wide-angle view or representation of a physical space, whether in painting, drawing, photography, film or seismic images. For this exhibition, the term panorama creates a context for how artists see the landscape—not simply as a depiction of it, but also an evocation of the layers of history within it.

Although the Australian bush has traditionally exerted a powerful mystique over the popular imagination, over the past several decades, the suburban landscape has gradually usurped the natural landscape as the site of the day to day lives and experiences for the majority of people. Nevertheless, the genre persists as a subject not only as a place to reflect on the physical changes wrought on the Australian landscape since colonisation, but also the transformation of its social, economic, and cultural functions. Moreover, artworks can call into question the very nature of relationships to and conceptions of the landscape, challenging us to consider, or reconsider, its role in the delineation of personal, community, and national identities. Furthermore, as a phenomenon to which we are all very accustomed, it is easy to overlook the simple fact that for a landscape to come into being it requires a ‘point of view’, a subjective consciousness to frame a particular expanse of the natural world. The works in Panorama challenge us to reframe our view and reconsider our own perspective on our notion of the landscape.

Taking advantage of the tremendous depth and strength of the TarraWarra Museum of Art collection gifted by Eva Besen AO and Marc Besen AC, the exhibition will be staged in two parts, with a different selection of paintings exhibited in each half exploring alternative themes.

Part Two (19 May – 31 July 2016) explores several themes that arise from perceptions of the landscape. Peter Booth, Arthur Boyd, Albert Tucker and Vivienne Shark LeWitt consider the mythic dimensions of the landscape, while Louise Hearman and William Robinson evoke the supernatural qualities of place. The relationship between the landscape and human form is invoked by Godfrey Miller, John Passmore and Brett Whiteley while in works by John Olsen, Ken Whisson and Guy Stuart the landscape is dispersed through line. Fred Williams, Janet Dawson, William Wright, Elwyn Lynn and Rosalie Gascoigne seek to convey the experiential landscape and its vital materiality, while the psychological intimacy of natural detail and the emotional power of the vista is expressed by Andrew Browne, William Delafield Cook, Mandy Martin, Tim Storrier and Philip Wolfhagen.