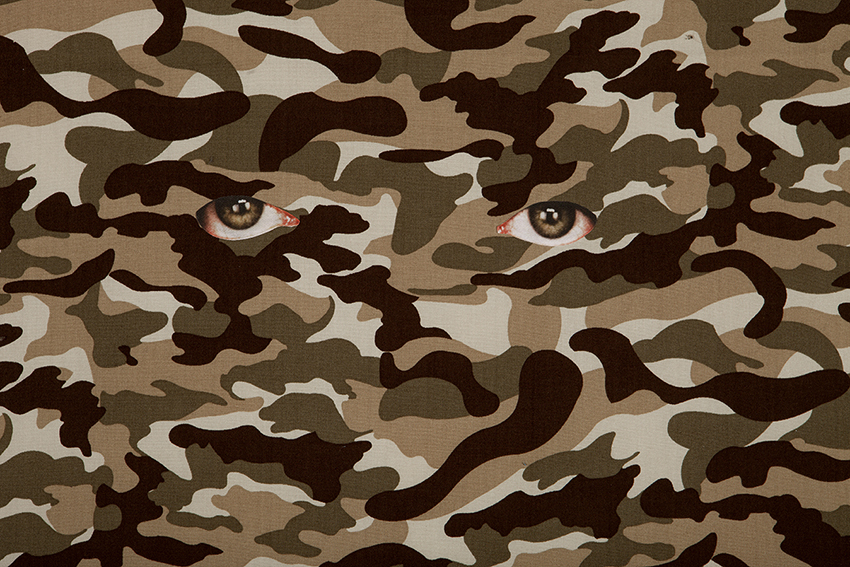 TarraWarra Biennial 2014: Whisper in My Mask

The TarraWarra Biennial was inaugurated in 2006 as a signature exhibition to identify new developments in contemporary Australian art practice under an experimental curatorial platform. The TarraWarra Biennial 2014: Whisper in My Mask, curated by Natalie King and Djon Mundine, is the fourth iteration of this signature event on the national exhibition calendar. Taking a line from the evocative song ‘Art Groupie’ (1981) by Grace Jones, the title of this year’s Biennial, Whisper in My Mask, signals an exploration of masking, secrets and hidden narratives as psychological states: ‘Love Me in a Picture/Kiss Me in a Cast/Touch Me in a Sculpture/Whisper in My Mask.’

The mask in its multifarious forms and functions can both reveal and conceal personas: it can protect, beautify, frighten or pacify, universalise or eternalise, intensifying and amplifying expression. In a selection of works that elicit an emotional and sensory response, the Biennial will return us to human senses and the Aboriginal Djambarrpuyngu people’s palate, experienced on a scale from ‘monuk’ (salt) to rapine (sweet). Moreover, masking suggests altered states of reverie and otherworldliness intertwined with hidden narratives, local mysteries and parapsychology. Disguise manifests as trace, inscription, erasure, secrets, camouflage, whisperings, dreamings and subterfuge. These ideas will infiltrate the Biennial as a series of trigger points by incorporating a range of artworks including sound, video, performance and participatory installation by cross-generational Aboriginal and non-Aboriginal artists.

The TarraWarra Biennial 2014 is a supporting partner of the Melbourne Art Fair 2014, held at the Royal Exhibition Building, 13–17 August.

THIS PROJECT HAS BEEN ASSISTED BY THE AUSTRALIAN GOVERNMENT THROUGH THE AUSTRALIA COUNCIL, ITS ARTS FUNDING AND ADVISORY BODY.

THANK YOU TO OUR ADDITIONAL OPENING FUNCTION SUPPORTER