TarraWarra Museum of Art captures the vision of its founders, philanthropists Eva Besen AO and Marc Besen AC, passionate collectors of Australian art from the 1950s to the present day. Not only did they gift the building that houses the Museum, but also a significant proportion of their collection of modern and contemporary Australian art for the enjoyment of all visitors from Australia and abroad. 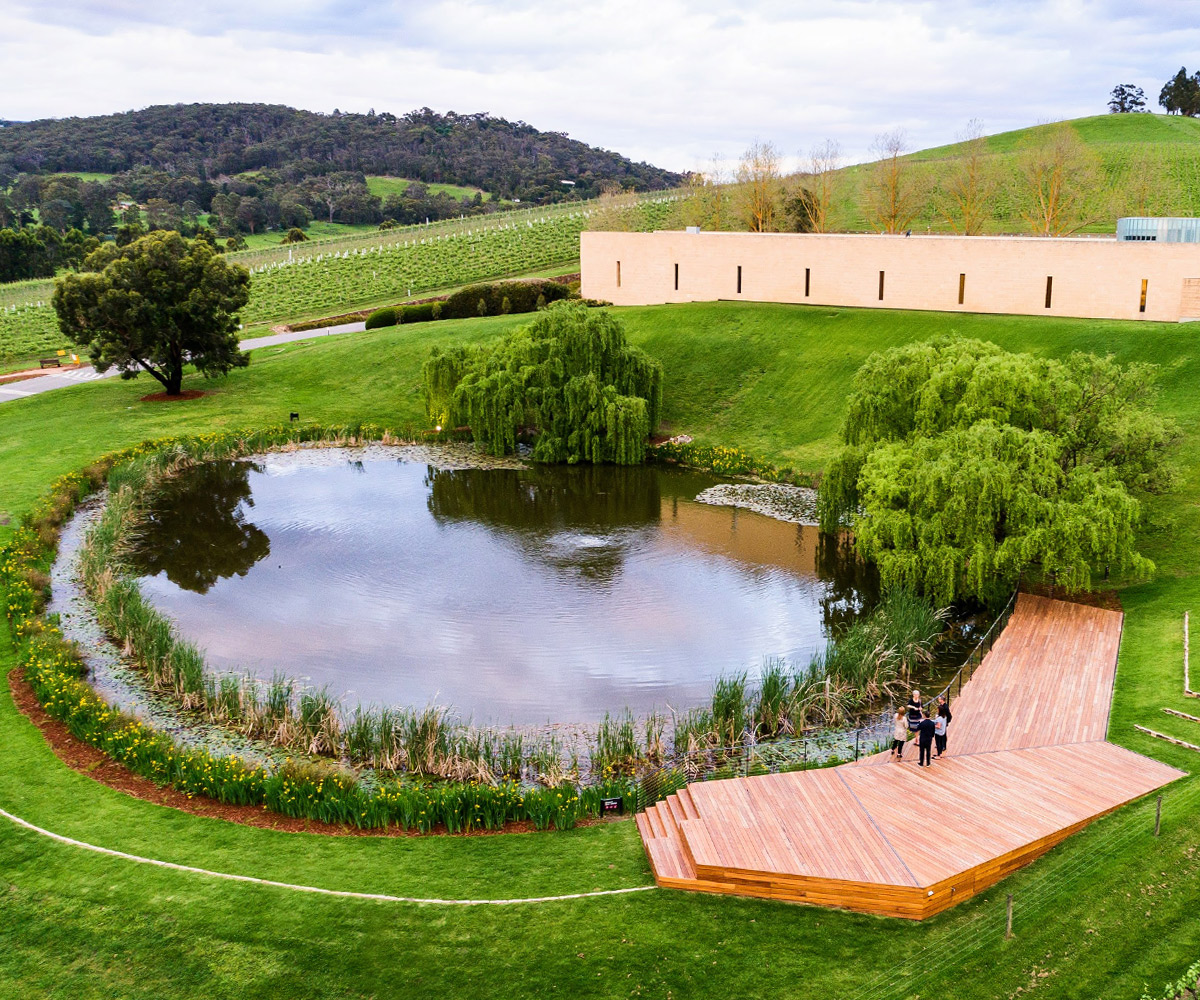 ‘Tarrawarra’ is a Woiwurrung word that translates approximately as ‘slow moving water’ and is the name given to the area within the Yarra Valley in which the Museum is located. 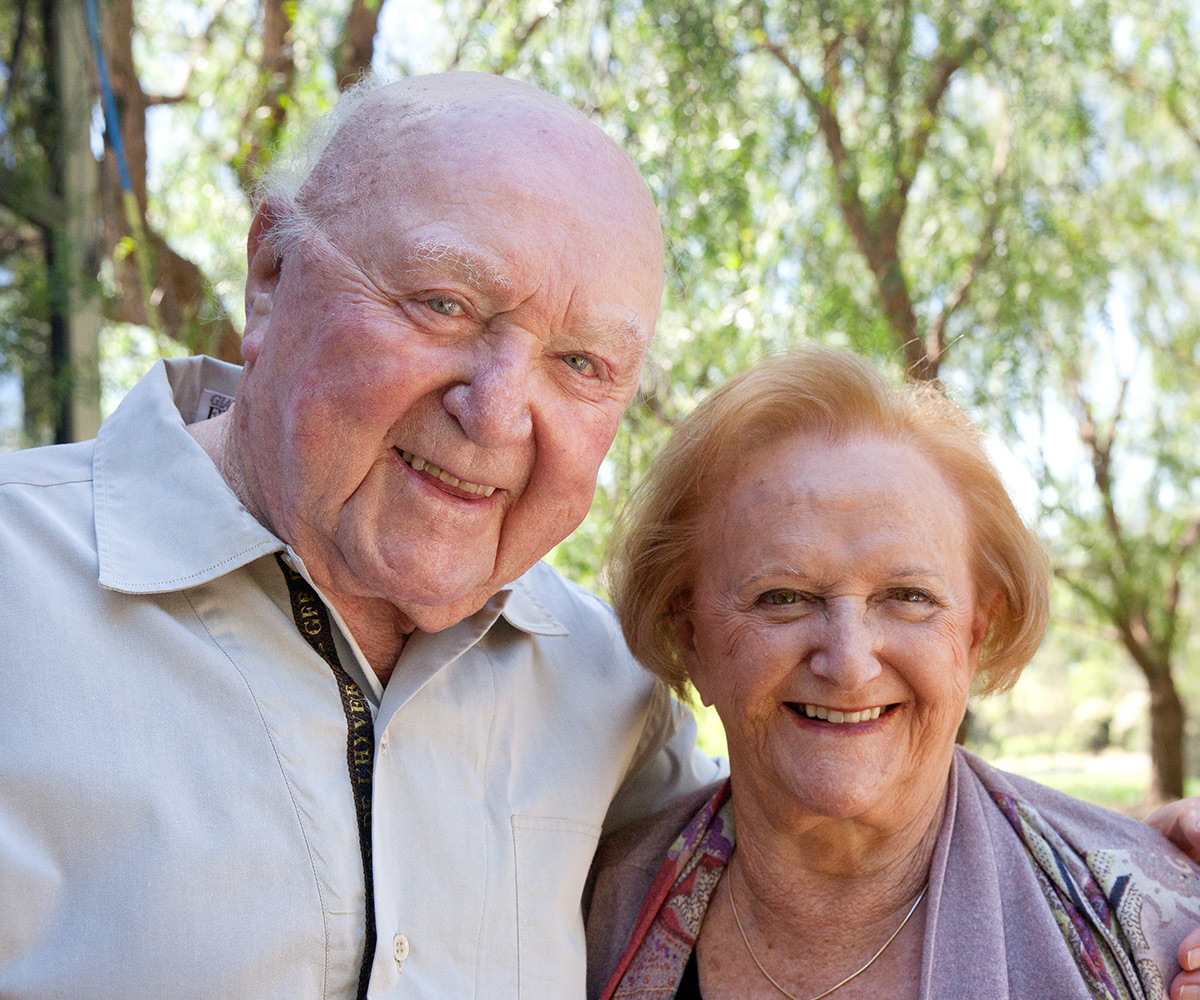 It was on their honeymoon in 1950 that Eva Besen AO and Marc Besen AC first developed their shared interest in visual art. As they drove throughout Europe for six months, visiting art museums became a special joy for them. They returned to Australia with a passion to collect the Australian art of their time and within a decade they were identifying and sourcing exceptional works, building a collection that would become acclaimed within 50 years. They focused on the works of younger artists and over the years made friends with many of them, including Fred Williams, Clifton Pugh, Albert Tucker, John Perceval and John Olsen. 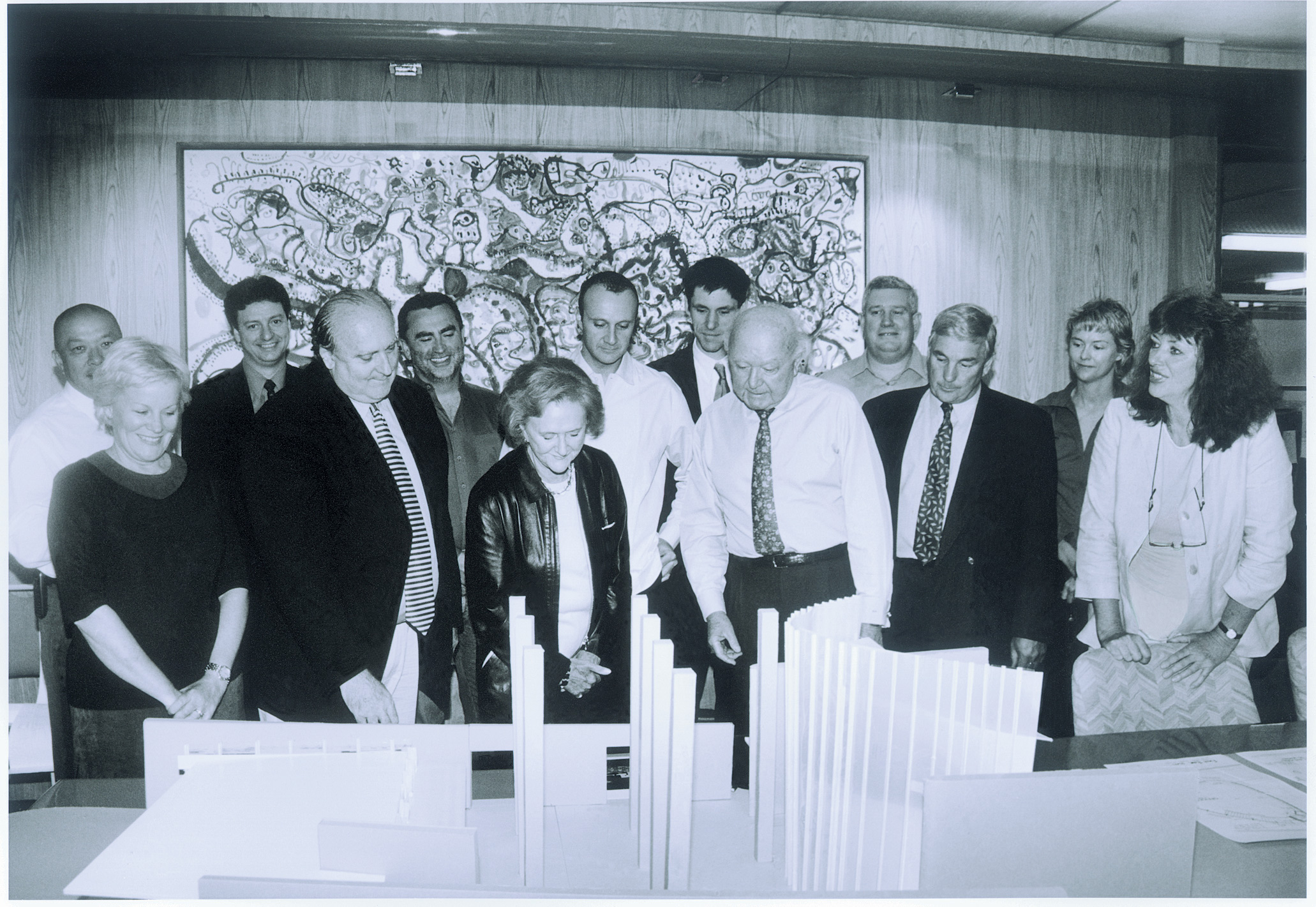 Development of a Museum

Eva and Marc began looking for a country property in the 1970s and, in 1979, they purchased the property at Tarrawarra. TarraWarra Estate (a capital W is used to distinguish the name from the parish of Tarrawarra) is 500 hectares (1235 acres), bordered by six kilometres of winding Birrarung (Yarra River) frontage.

In 1999, Eva and Marc invited Maudie Palmer AO to prepare a proposal for a unique museum and to be project director and later the inaugural director. The brief was for the building to reflect their modernist taste and provide a regional venue in the Yarra Valley where local, interstate and international visitors could experience changing exhibitions, public programs and a music festival.

TarraWarra Museum of Art was established as a not-for-profit charity in October 2000, with a constitution and an independent Board of Directors.

In April 2002, the Prime Minister, The Honourable John Howard launched the Museum at its temporary premises at the Metropolitan Meat Market on Blackwood Street, Melbourne, where three exhibitions were held. 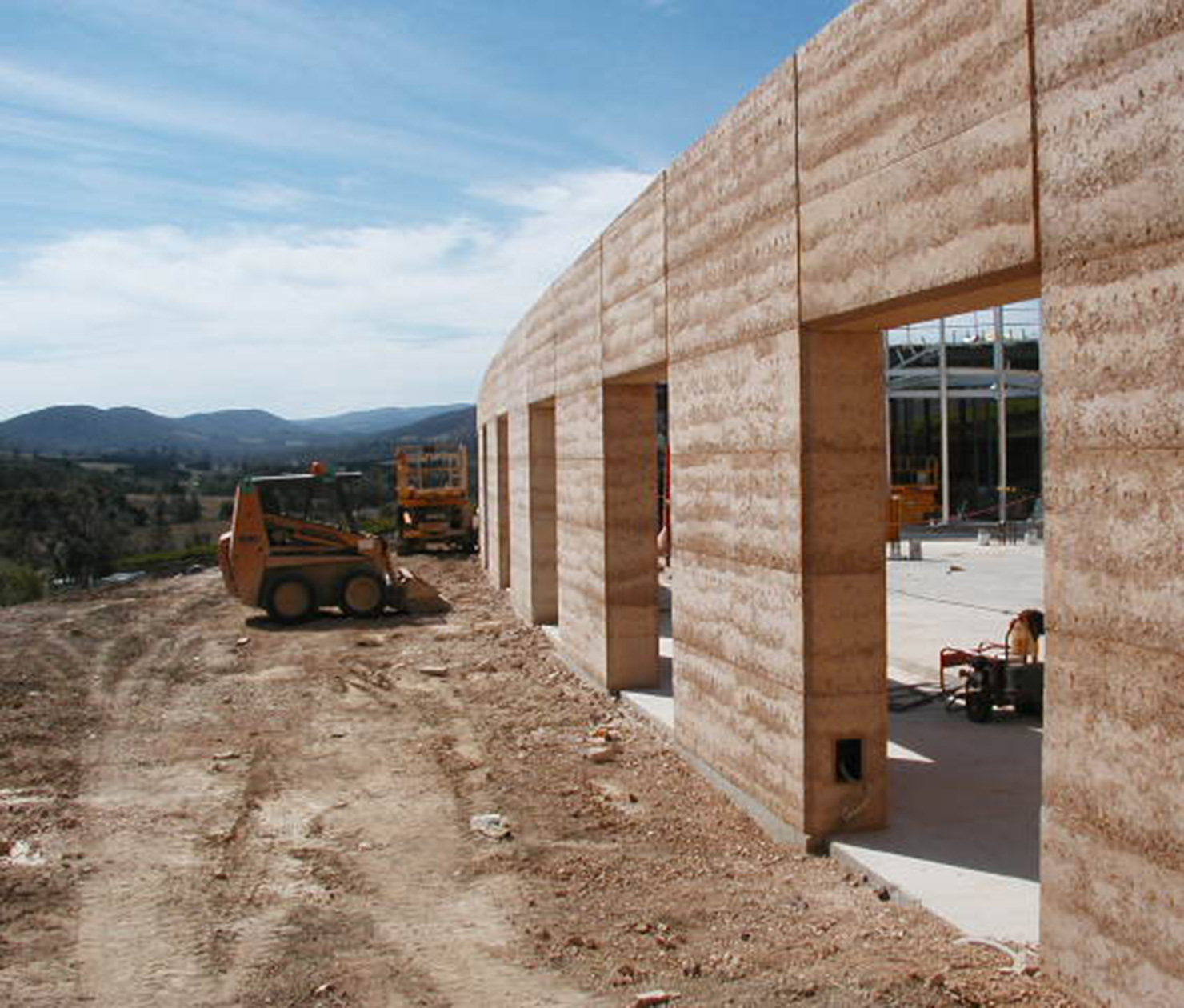 The construction of TarraWarra Museum of Art by Probuild Constructions.

In 2000, an architectural competition was conducted with five of Melbourne’s leading architects invited to present design schemes. Allan Powell’s design, arcing gently from the earth in concert with the contours and hues of the landscape, was selected.

Construction of the Museum began in 2002 and was undertaken by Probuild Constructions. TarraWarra Museum of Art was opened by the Victorian Premier, The Honourable Steve Bracks MP on 12 December 2003. The Welcome to Country was given by Aunty Joy Murphy Wandin AO, who also gifted a feather of the wedge-tailed eagle, the Wurundjeri ancestral being Bunjil. Aunty Joy has written: ‘Bunjil creates all living and natural beings: the ngarrak (mountains), the animals, the queep-queep (birds), the kalk (trees) and the Birrarung (Yarra River)’.

Not only did Eva and Marc gift the building that houses the Museum, and four hectares of land on a 99-year lease, they also donated an extensive private collection to the Museum. 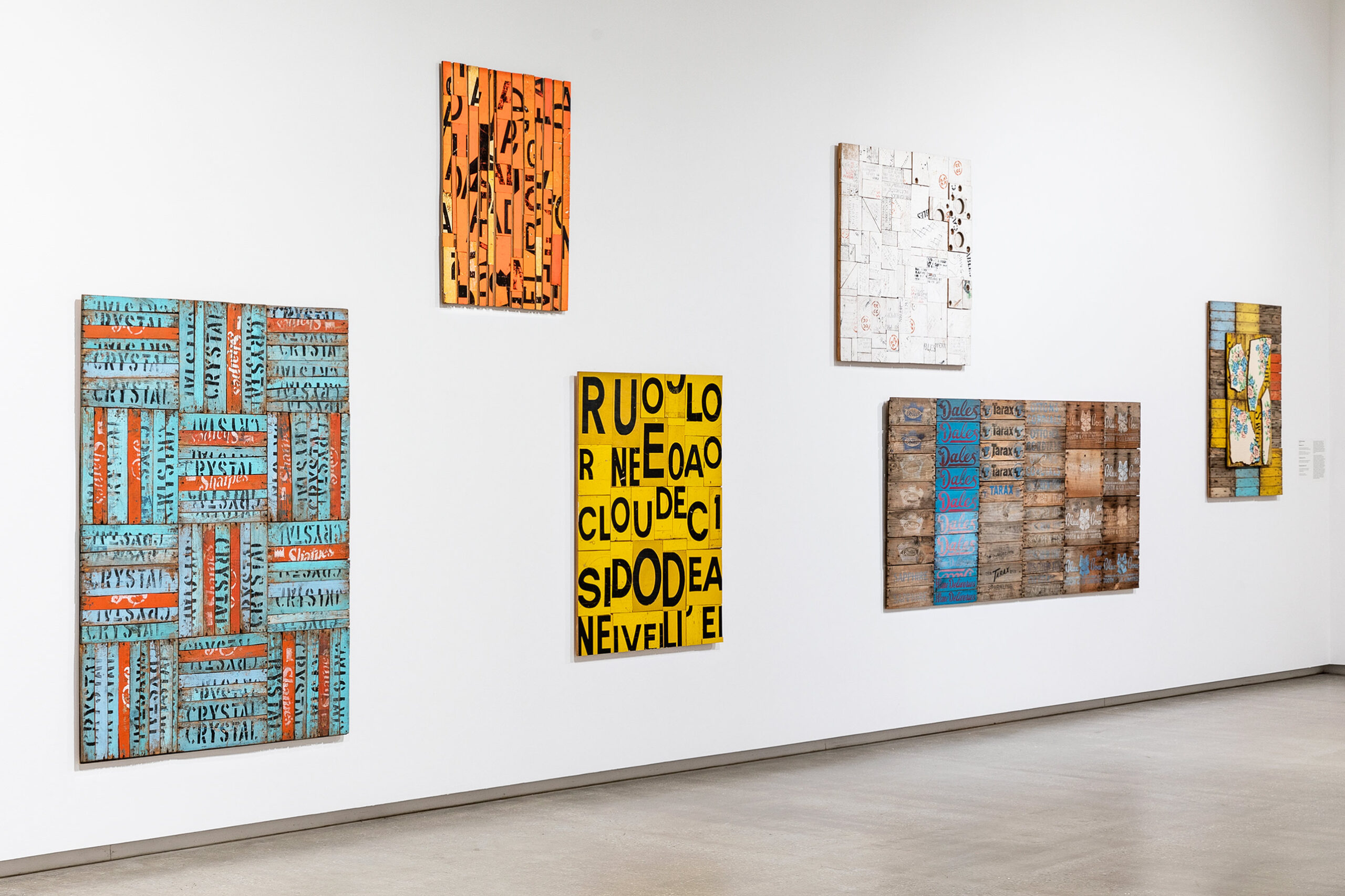 Since opening its doors to the public on 18 December 2003, TarraWarra Museum of Art has been one of the cultural jewels in the Yarra Valley, providing visitors with a relaxing and enjoyable experience comprising of both stunning architecture and a diverse program of exhibitions and events.

In 2004, Allan Powell was awarded the winner of the inaugural Victorian Premier’s Design Award for his elegant design.

In 2009, in the wake of the devasting bush fires in the region, the Australian Chamber Orchestra (ACO) was invited to play a benefit concert. Since then the TarraWarra Festival, featuring the ACO, has played at the Museum every year.

By 2020, the Museum has had three Directors, and has produced over 110 exhibitions of modern and contemporary art, exhibiting the work of hundreds of artists.

Building on the Eva and Marc Besen gift, TarraWarra Museum of Art actively engages in art, place and ideas, where unexpected links between contemporary art and modernism are presented within global, national and Indigenous contexts.