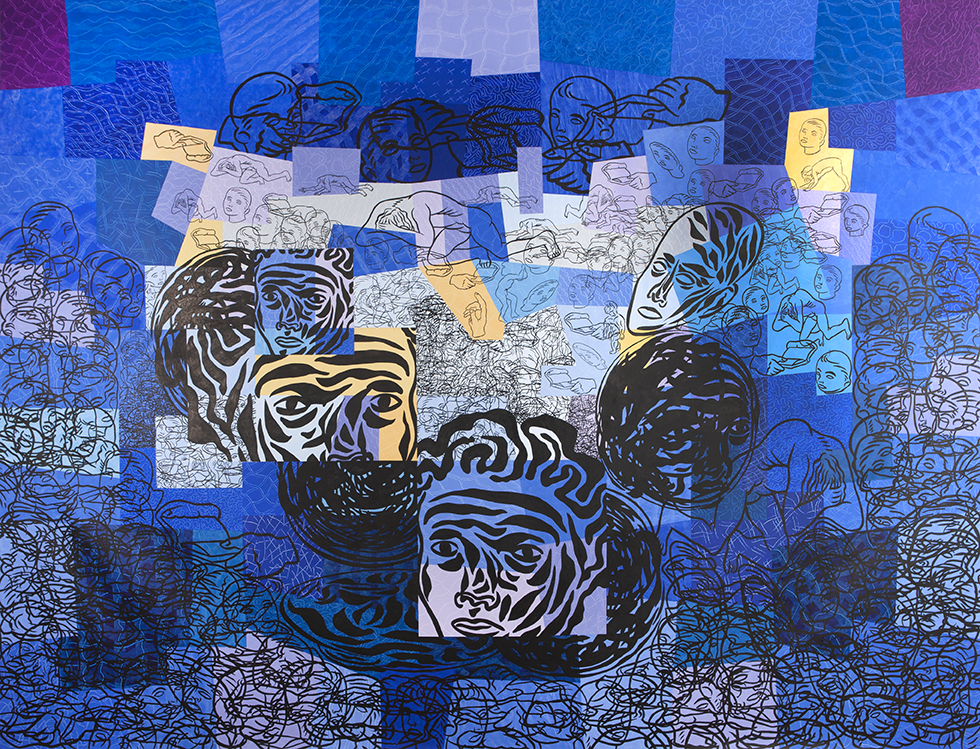 A man kicks a flaming soccer ball through Ciudad Juárez, Mexico, tracing a pathway through the dark city. A large piece of engraved concrete is fragmented into hundreds of pieces, laying in wait for the audience to take a piece away as a trace of the work. The trace of the sun in the sky causes fluctuating shadows and ephemeral visual effects upon five large, floor to ceiling panels.

The TarraWarra International 2019 exhibition, The Tangible Trace, explores the notion of a trace as a residue or marker of a place, situation or body of knowledge. The artworks use the metaphor of the trace to invoke sensations that can be seen, felt, experienced and even touched in our real environments through tangible fragments—natural materials, pressings, mappings, markings, journeys and gestures.

Since its establishment in 2013, the TarraWarra International series has supported a number of Australian artists, including Janet Laurence, Louise Weaver, Tom Nicholson, Patrick Pound and Cyrus Tang, to exhibit their work in a global context by presenting it alongside leading contemporary artists from abroad. Each of these exhibitions has uniquely identified and meaningfully considered significant developments in contemporary art practice – from the interrelationship between the animate and inanimate, to the experience of temporality, to imaginative responses to the archive.

The TarraWarra International’s strength lies in its rigorous curatorial research, reception of new ideas, commissioning of new works, exposure for exhibiting artists, and for providing a publicly accessible context for seeing major work by leading Australian and international artists. Previous TarraWarra International exhibitions include Animate/Inanimate (2013), Pierre Huyghe (2015) and All that is solid … (2017).