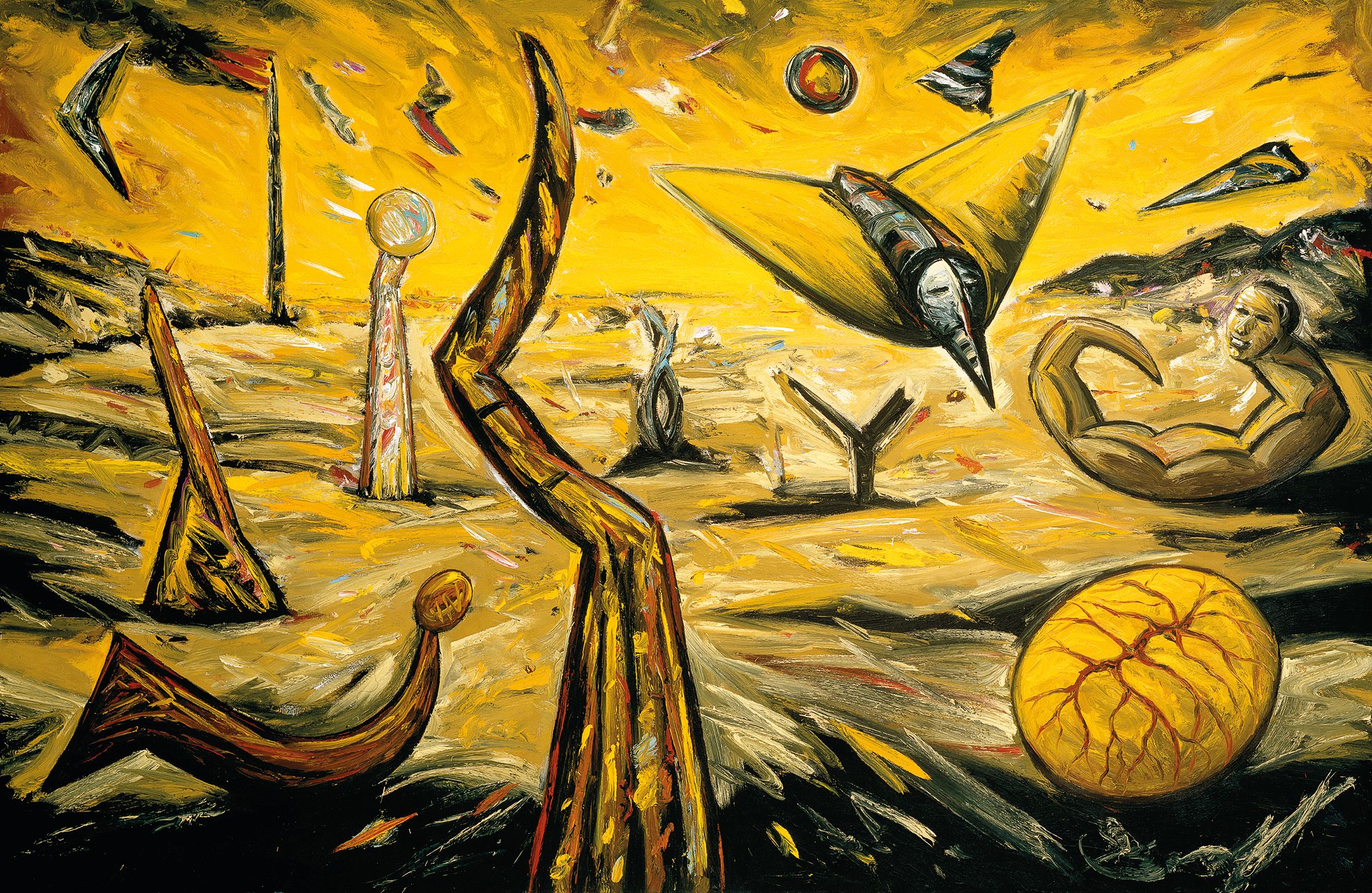 With a remarkable career spanning several decades, Melbourne-based Booth is a unique voice in Australian painting and is considered by many to be one of the most significant contemporary artists working in Australia today.

This new survey of paintings and works on paper will be the first major public gallery exhibition of Peter Booth’s work since the NGV retrospective in 2003 and will feature a number of the artist’s most significant works from the 1970s to 1990s, alongside important recent works from the past two decades.

The exhibition will be presented thematically, honing in on and highlighting particular motifs, subjects and moods which have become hallmarks of Booth’s expansive oeuvre: stillness and turbulence; alterity and alienation; mutation and hybridity; the absurd and the grotesque; the road and the ruin; and the despoilation and the resilience of nature.

A small group of abstract paintings from the mid-1970s at the start of the exhibition provide a prelude to an important series of gestural paintings which mark the beginning of the artist’s journey into the highly expressive landscape and figure subjects which have characterised his practice since that time.

The exhibition progresses through Booth’s vivid imaginings of an apocalyptic world characterised by grotesque, unsettling, and at times absurd scenes of human and hybrid figures in varying states of apprehension, aggression and conflict. These works will be accompanied by a small selection of prints by William Blake, James Ensor, Francisco Goya, and Samuel Palmer, visionary artists who have been important touchstones for Booth and with whom he shares a number of affinities.

This survey will also bring together important works from the past three decades to convey humanity’s often fraught and ambiguous relationship to the natural world, revealing Booth’s extraordinary capacity to transmute his intensely personal perceptions of the mysteries and forces of nature and the folly and hubris of human endeavours, into exceptional and deeply compelling paintings and drawings.

PETER BOOTH, curated by Anthony Fitzpatrick, is generously supported by The Balnaves Foundation.