“When it came to curating this exhibition I decided there was only one place to start — with Country, the story of Home. I have always been taught by my Grandmother, Mother, Aunties, Uncles, that for everything in life there are protocols which we have followed for thousands of generations, cultural values and law (lore) which have governed our communities and enabled us to live safely within a structure which informs marriage and kinship, trade, how we travel Country to access resources, how we conduct business, and how to be custodians of the lands and waters to which we belong. So I started there.”

“To seek out artists for this vision, I began by mapping out the connections of traditional songlines, waterlines and bushlines. The bushlines are how I describe what First Peoples see when observing Country across the mountains of the Alpine forest regions of Victoria.”… “The waterlines I refer to connect the language groups who occupy the freshwater and the saltwater regions.”… “The songlines contain everything I have described within my personal understanding and explanation of ‘bushlines’ and ‘waterlines’, except they also hold a greater, intangible energy — our Creation stories of Bunjil singing into being Country, the land, the water, the animals, and finally, the people.”…

“It was this process of observing and mapping lines and being guided by protocols which directly informed my curation of WILAM BIIK.” – An excerpt from an essay by Stacie Piper in the WILAM BIIK catalogue 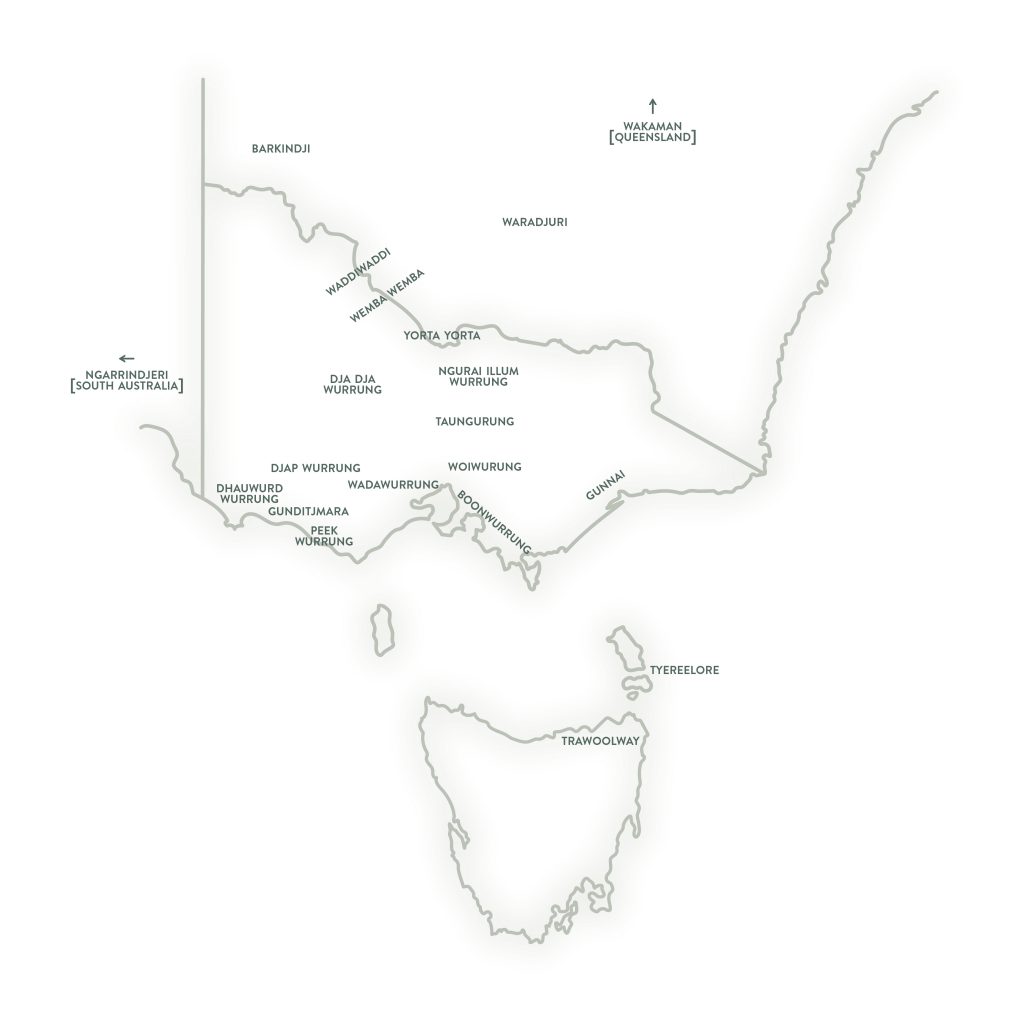 This map of southeast Australia represents each of the artist languages and home Countries. As the spelling for language names can vary amongst community members, the map uses the artists’ preferred spelling.

In referencing some of the locations, this map uses the comprehensive map of the over 38 First Nations languages of Victoria developed by the Victorian Aboriginal Corporation for Languages (VACL) in 2016. See the full map at the VACL website (new window) 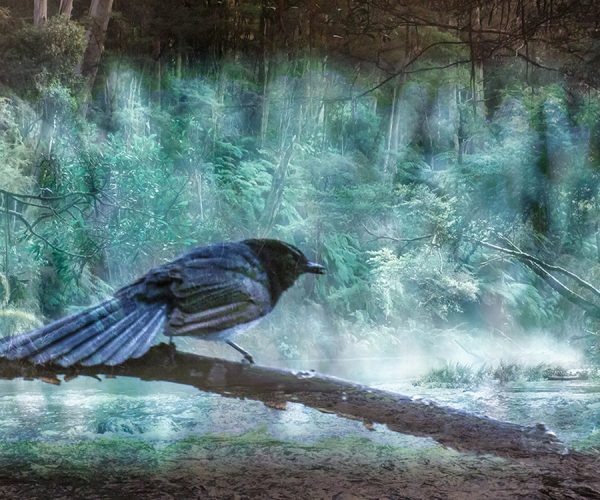 Get into the spirit of WILAM BIIK, curated by Stacie Piper, with a special playlist of Indigenous music. As you listen, picture yourself resting by a river, the surface of the water gently rippling as it flows past you. Breathe in the minty aroma of the Coranderrk bush. Rub the rich, warm earth between your […]